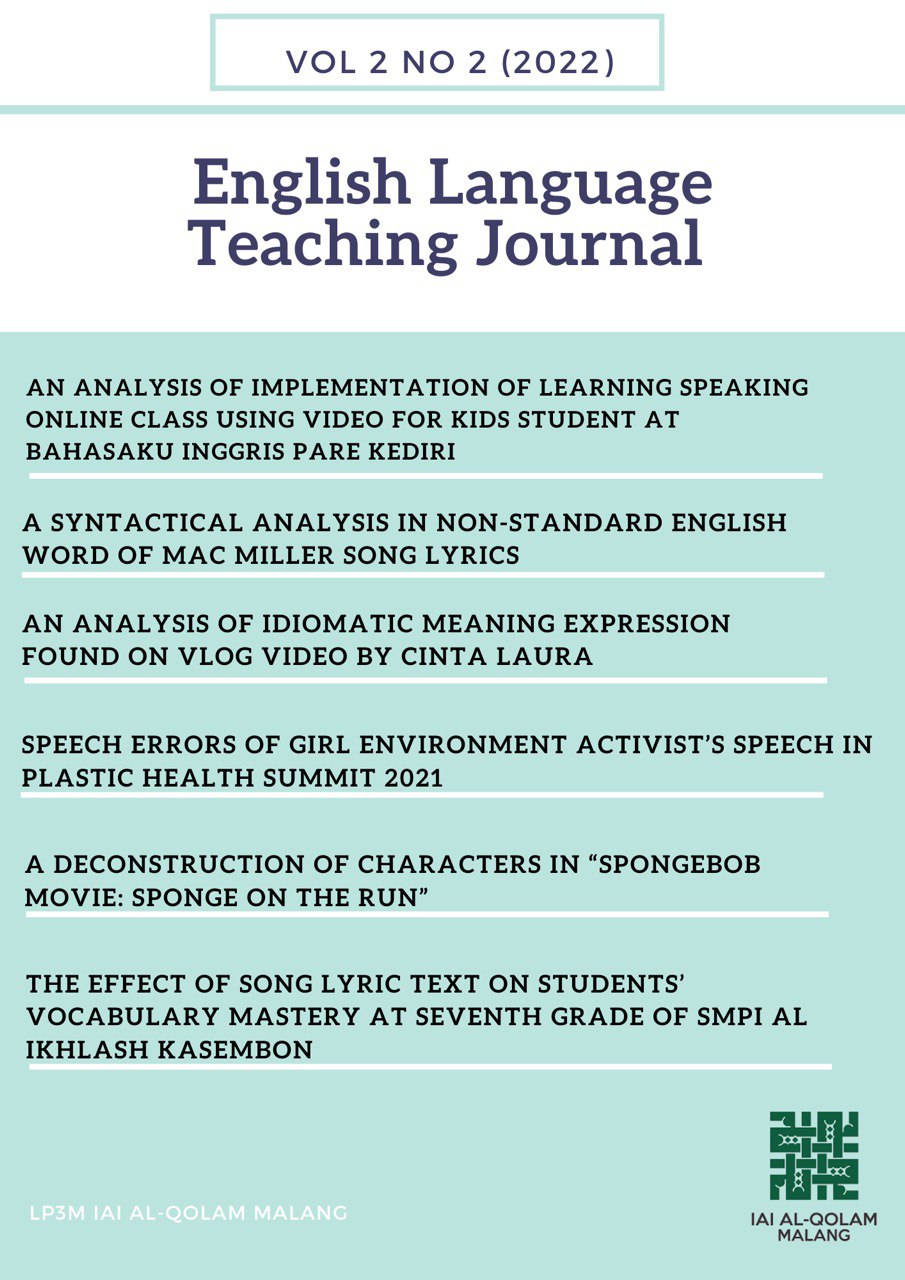 This study was conducted to know the effectiveness of song lyric text on students’ vocabulary mastery at SMPI Al Ikhlash Kasembon in seventh grade. This study used pre-experimental research design with one experimental group only. The population in this research was seventh grade of SMPI Al Ikhlash Kasembon Malang consisting 24 students. The researcher used pre-test and post-test in multiple choice consisting 21 items format then the data was analyzed by t-test using SPPS version 30.After collecting data, the calculation of the data resulted the average (mean) score of pre-test and post-test.The mean score of pre-test was 25.0 with standard deviation was 14.166. Meanwhile, the mean score of post-test was 76.0 with standard deviation was 25.160. In testing hypothesis, the researcher used t-test formula. The result of t-test is -10.345 at the level of significance of DF is 23 and the Sig. (2-tailed) is 0.00 at the 95% confidence interval of the difference. Based on SPSS, the result is 0.00<0.05. The Sig. (2-tailed) was lower than 0.05 so it means that there was significant between pre-test and post-test. So, the null hypothesis (H0) was rejected and the alternative hypothesis could be accepted. It means that the using of Song lyric text give positive effect to the students’ vocabulary.