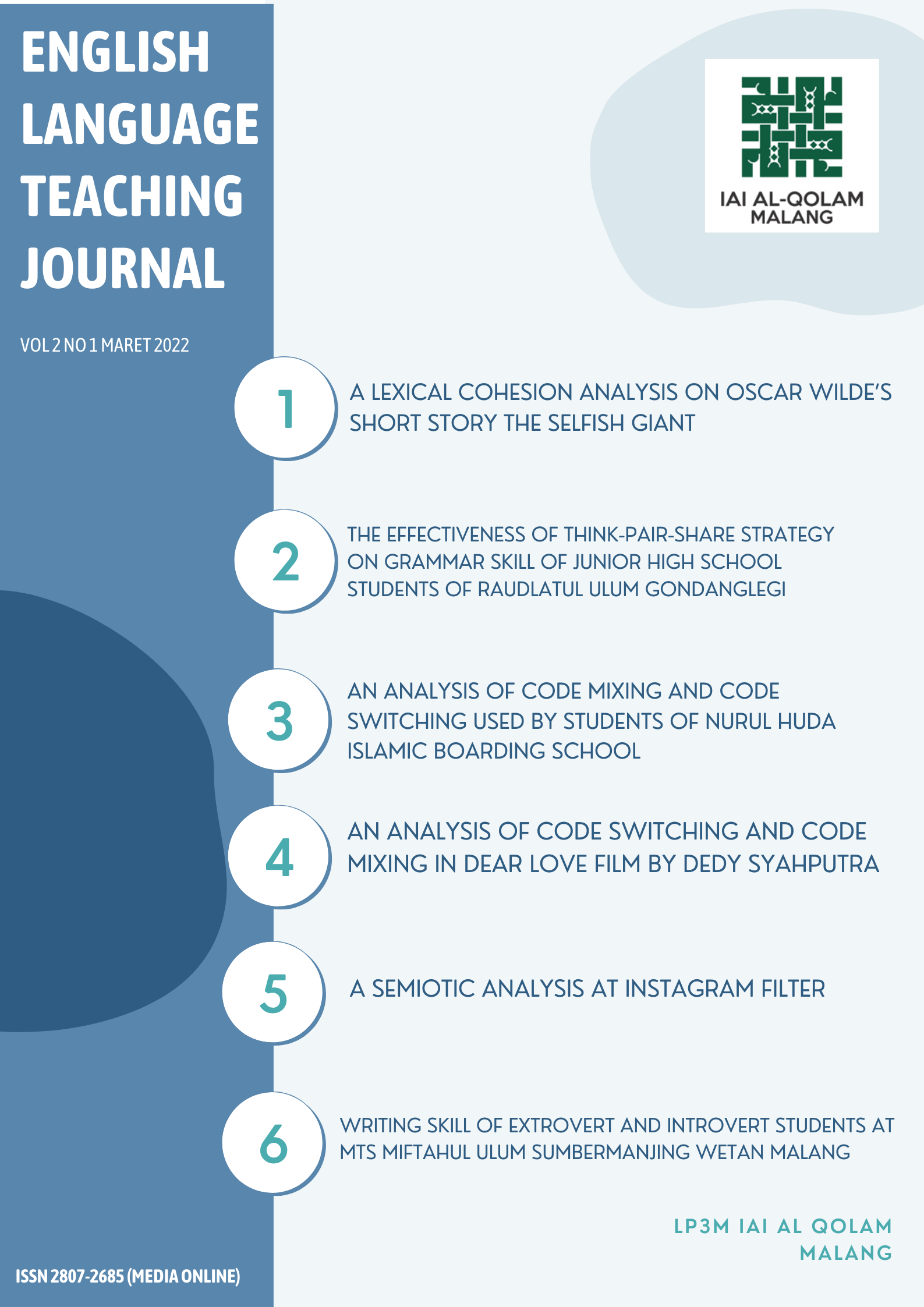 By communicating we use a language that can be understood by the interlocutor or listener, Therefore, the most fundamental language function is to serve as a medium of communication, socialization, and relationship from one to another, so that a social system or a society might be established. The phenomenon of code switching and code mixing has long intrigued scholars who have researched what triggered the incident. The phenomenon of code switching, and code mixing has become a trend or language style in society, especially among young people. They are very familiar with code switching or mixing in their speech. In addition to young people and even older people, many of them use code-mixing languages and code switching, this is already familiar to us. This phenomenon also appears in the film the researcher studied under the title "Dear Love". In this film, film artists often mix their language in the speech between Indonesian and English. therefore, it becomes an attraction for the author to become the object of research hopefully that it will become something new and useful for readers to learn another language fun and easily. This research is qualitative research with data collection method using documentation, observation, and literature review. As for the analysis, researchers analyzed the dialogue that contain code switching and code mixing. The result of this study indicate there were 34 scenes containing 19 analysis of code switching and 15 is an analysis of code mixing. So it can be concluded that Dear Love film can be one of the film references for the world especially for teenagers it can be used as a reference for learning languages and can improve the quality of the language. So that this film can be a tool to give entertainment and learning for the audience.